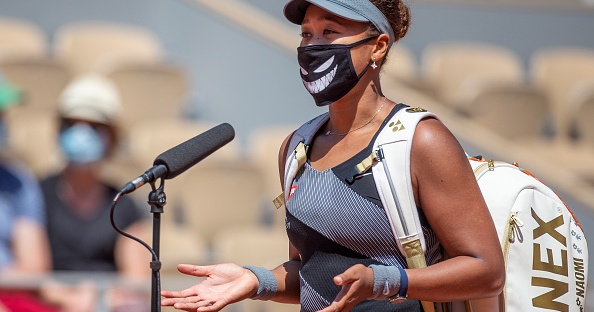 How will the Osaka dilemma be resolved, asks Alastair McIver

We now know that world No 2, Naomi Osaka will not be lifting the coveted Suzanne Lenglen Cup on French Open ladies finals day in 10 days-time.

In choosing to withdraw from a tournament in which she has yet to make it past the third round, she has denied herself the opportunity to add to her four Grand Slam titles, a huge sacrifice for her and certainly unprecedented, as far as I can recall.

But she has, unintentionally and certainly unexpectedly, claimed, from her point of view, a far greater prize. It may well be unfortunate that she felt it necessary to take the nuclear option in order to make her point, but at least her arguments are out in the open now.

In taking her leave from the French Open so soon after her first round victory and subsequently imposed fine, she may have concluded that age is on her side, and that this may well not have been her year anyway. Her clay record coming into the French didn’t inspire confidence and her draw wasn’t necessarily that favourable. But in the grand scheme of things, that is all irrelevant. On her day, she has already proved that she is a winner and a champion.

Whether she is a leader is another question. Great players start debates, and Naomi Osaka has certainly done that, albeit in clumsy fashion. Whether she thought through the consequences of her ill-timed actions prior to releasing a statement on the eve of the tournament, effectively shunning post-match media interviews on the grounds of protecting her mental health, is questionable.

The timing of her announcement, its suddenness and its wording, left the WTA and French Open – in conjunction with the three other Grand Slams – no option but to hit back hard, no doubt to protect its rules and prevent an unlikely but potentially damaging player backlash from taking place. In the event, that doesn’t seem to have happened.

Already, she, the WTA and the Grand Slams are rowing back from their initial stand-off which at one stage, threatened to get out of hand. Some might say that by her withdrawal, it already has.

Actions have consequences and whether intended or not, the consequences for tennis and its professional players are not, at this moment in time, looking great. The primary jigsaw pieces of the game need each other in order for the game to function; the governing bodies, the tournaments, the players and the media have to work hand in hand for the game to hold together. As things stand, a lot of constructive reconciliation needs to take place. The very fact that this is now a live issue will focus minds.

Today, everyone and his dog is having their say on this issue, and things need to settle for a short while in order for wisdom to prevail. Tomorrow, who knows?
From a place of disparity there needs to be a coming together of players, the WTA and the ATP, Grand Slam tournaments, coaches and media bodies. It’s the latter industry which currently stands accused of poor behavioural standards.

The solution, going forward, is not one of imposition of rules but one of corporate agreement. All of the aforementioned groupings need to get together (no doubt that is already happening as I pen these words), to resolve the issues raised. Without it, the wider game – not only its players – will suffer.

Retrospective judgement is easy, and no one can deny that the whole situation, started by Osaka on the eve of one of tennis’ greatest events, could have been raised in a better way, probably behind closed doors. But sometimes it takes an unexpected spanner in the works to kick start an unanticipated repair process. The game isn’t broken, but now, right now, might be a good time to review, refresh and update some of its well-worn procedures.